Hole of the Week: Brant Valley

Hole of the Week: Brant Valley

Occasionally, one comes across a piece of property which was simply destined to be a golf course.   Brant Valley Golf Club is one of those pieces of land.  It’s a deep river valley (in fact it’s the junction of three different tributaries of the Grand River system) near St. George, Ontario.  Glacial runoff carved out topography that would have made for a pretty sad farm.  I often think of the settlers who braved the Atlantic Ocean in a creaky wooden ship, then hacked their way through the forest to find that this piece of land assigned by the government was utterly unsuitable for farming (not to mention prone to flooding).  I’m sure the settler turned around, walked back to Dundas, and asked for an upgrade.  However; the property is the ideal foundation for some truly memorable golf holes.

In the early 1900’s, there was a movement in landscape and golf architecture, to disturb as little soil as possible – and to make any soil that was moved, look as if it hadn’t been touched.  The idea was, that designs should look like they were always there, and that the architect simply ‘found’ the holes among the naturally occurring environment.  It was part of a larger ‘naturalist’ movement, and a backlash to the formal Victorian Gardens of the 19th Century.  For an excellent example, compare Kew Gardens in London, to New York’s Central Park.

Brant Valley is a much younger course, but clearly the designer was a disciple of that early 20th Century design philosophy.  If the course were to be abandoned tomorrow, within a few seasons, it would be very difficult to tell that it had ever been there at all.  The result – is a truly unique, truly natural golf experience.  I would put the pure design of holes 10 through 18 up against any back nine in the area. 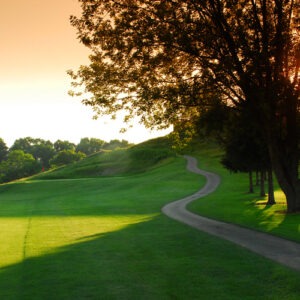 But the Hole of the Week is on the front nine.  Brant Valley’s first hole is a short par 4, and while there are visual warnings on every side of what is to come, the simple drive/chip/putt has a way of hypnotizing the golfer into thinking that the rest of the day will be a walk in the park.  It’s just a short walk across the driveway to the second hole – but the awesome view from number two tee, is quite the wakeup call from a dreamy walk in the park.

The Hole of the Week is Brant Valley’s second hole – a hard dogleg left.  The tee is on the highest point of the property, and the sprawling fairway is at its lowest – some 60 feet below.  The ample fairway is extremely wide, but divided by a creek which winds, snakes, doubles back, oxbows, and otherwise confounds the golfer’s peace of mind.  It also bisects the fairway at an awkward angle, which forces a decision.  The choice is made clear by the presence of two 150-yard markers.

The one on the right, is a forced carry over the creek (210 yards from the back tees), but tempts you with the reward of an unencumbered, clear shot to the green.  There is plenty of risk in this reward, however.  A 300-yard drive goes through the hole and into the opposite escarpment.  Right – out of bounds.  As the tee shot goes further left, it becomes a longer and longer carry.  To reach the 100-yard marker, it approaches a 300-yard carry over the aforementioned creek.

Which brings me to the second 150-yard marker – the one on the left.  It’s also 210 yards away, with nothing but fairway between the tee and the target.  However; the longer the shot, the tighter the landing area.  Miss right – remember that creek?  Miss left – yet another side to the escarpment covered with fescue, thorn trees, and woodchucks.  At the 150-yard marker, the landing area is only about 50 yards wide.  Not being a long ball striker, I always take the safer route, but the penalty is in the choice surrounding the second shot.  It’s a clean shot to lay up to the 100-yard marker, but attacking the green requires a blind shot over several mature trees blocking the green (and that creek again).  It’s only 150 yards away, but requires courage, because any ricochet off a tree seems to find its way into the water.

Whatever path is taken to the green (and regardless of how many lost ball penalties were taken) – the green is very small and appears to be flat.  It’s not, and many have wondered with exasperation, how one could 3 putt a green that small.

Brant Valley’s second hole, is a great hole among many great holes.  My hat is off to the course designer, and I’d love to give them proper credit, but one of the great mysteries of Brant Valley Golf Club, is that in the 22 seasons that GolfNorth has owned the course – we have been unable to find out who the designer was.  We know that it was originally known as Lindsay Arms Golf Club and have reason to believe that the present layout was built in 1990 – but that’s about it.  If anyone knows anything more about its construction and design – please let us know! 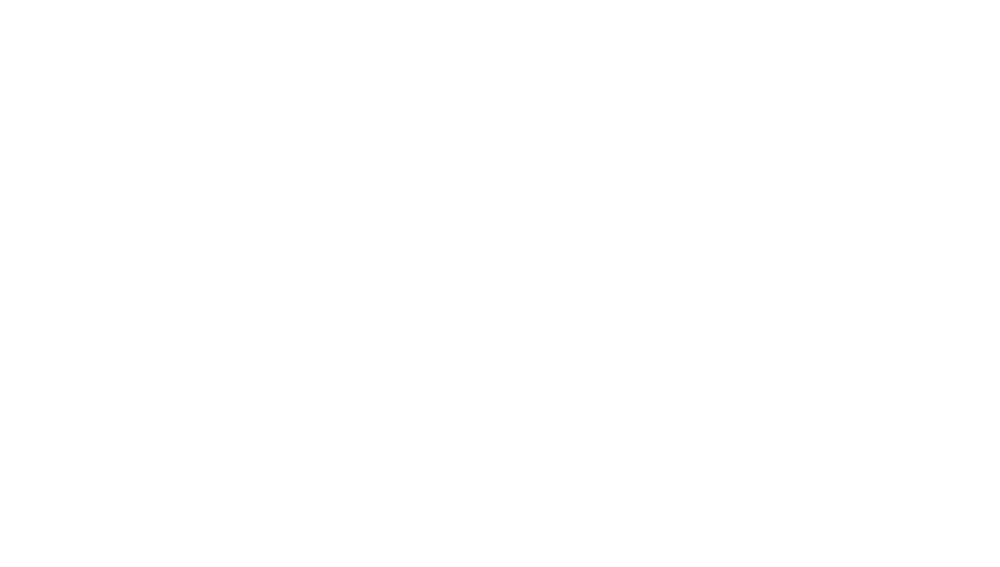